Angular vs. Ember: Which Frontend Framework Comes Out on Top?

Developing mobile and web applications that keep users hooked to their screens is a dream of every frontend developer. And having an enthralling experience with a fast and secure application is the dream of every user. Hence, using the best technology for your project is vital.

While Angular, and Ember, both are the most-liked front-end frameworks, ranking one on the top based on features could be a tough job. There is no doubt that each of these frameworks is used for the same purpose but they have their own set of features and drawbacks. According to the survey of Statista, 22.96 % of worldwide developers are reported to be using Angular in their projects while Ember has also seen a good growth rate as compared to previous years as per the technology market report. So, we could say, it’s hard to select one over the other.

In this article, we are going to compare these two frameworks thoroughly. Let’s first begin with their basic information:

Type of framework: TypeScript-based free and open-source web application framework. Angular has a lot of features that help in building the fastest enterprise applications for web, mobile web, native desktop and native mobile.

Ember, first released in December 2011, received the latest update in August 2021. It supports a complete solution to the client-side application problem.

Now let’s take a deep insight into the similarities and differences between Angular and Ember in detail here:

1. Accessibility in Angular and Ember

Since the web is used by all types of users including those with disabilities, web accessibility is the main feature we should start with.

Angular do have proper tools and practices to create accessible applications. For example: by binding the tabindex and ARIA attributes in Angular, developers can make web content and applications accessible to all audiences including those who use assistive technologies (AT). 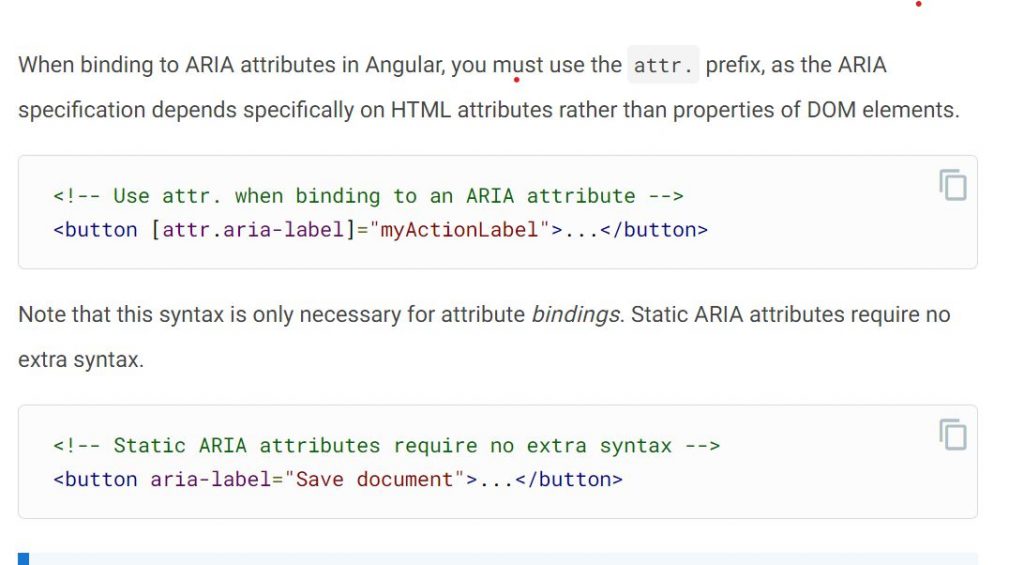 Whereas, Ember comes with Addon support to comply with the accessibility standards in the digital world. You can use each attribute as per your requirement at the beginning or at the end.

2. Testing in Ember vs Angular

Ember conducts three types of testing – unit test, rendering test and application test. It gives developers the best-in-class practice to write tests right from the beginning of a project.

Ember earns an extra point over its competitors by offering advanced testing features such as facilitating testing objects in unit testing, extending the scope of the application route, testing helpers, components and testing relationships for a flawless framework.

According to Github star rating, Ember has a greater number of users and thus came out as a clear winner. Take a look :

Angular, on the other hand, is written keeping testing in mind and if the developer has good knowledge, they can churn out all its benefits. With this, one can follow the one-file-one module principle to manage bugs in testing.

Angular also comes with a built-in test module, one of them is Protractor that facilitates Angular developers with end-to-end testing and makes applications easy to use and robust.

3. Components in Ember Vs Angular

Components in Angular have a comprehensive approach as compared to Ember. It supports reusable HTML syntax that helps in creating a more flawless structure of code. AngularJS developers have multiple UI frameworks as a part of utilizing the available UI components. The framework it offers is Mobile Angular UI, tags, Quantum UI and more.

Ember contains the Ember CLI suite of tools and add-ons that makes the work faster and save a lot of precious time.

Angular has a special feature that allows Angular developers to render the code into HTML & CSS and preview the application on any platform such as PHP, .Net, or NodeJS. Angular is the clear winner when it comes to developing single-page applications. Since it contains routes, simple directives, and has no dependencies, it allows navigation between the web pages simple.

Ember uses a component-service pattern to create scalable single-page web applications by including best practices and patterns, common idioms from other app ecosystem patterns into the framework. It stands on the top spot when comes to the topic of writing code for native applications. Routes, templates, models, views and controllers are its core concepts.

5. Learning Curve in Angular vs Ember

Both the frameworks have their difficulty level for learners. If we compare them, Angular is easier to learn at the early stage whereas once you start digging Ember deeper, it will get easy for you to understand.

If you have plans for the AngularJS app development, you need to hire a dedicated Javascript developer to construct a qualitative codebase. Ember with more dependency on additional sources doesn’t provide much freedom to developers.

Both the frameworks pack several common elements including MVC design, permissive license, and are open-source. However, it is important to understand the fact that different frameworks work well for different projects.

You can go with Angular if you like the Typescript framework and want to build a large code-base of enterprise-grade apps. It provides more configurability and is easy to learn than Ember.

Whereas, Ember is your choice if you are looking for an all-tools-included JavaScript framework. If you are still confused, contact and hire an experienced JavaScript developer at DigiMantra Labs, we will assist you with the best solutions according to your project.