Bug Severity vs Priority – Its importance in Defect Management Process

Sometimes, despite making the best efforts in detecting and fixing bugs, you continue getting bug reports. Why? Because your software testing engineer is incapable of their duties? Or the development team cannot manage defects efficiently?

Well, it is neither about their capability nor the work efficiency. It’s about proper management skills. If you are not doing it right, you end up with a total mess and I think it’s a giant waste of time and resources. 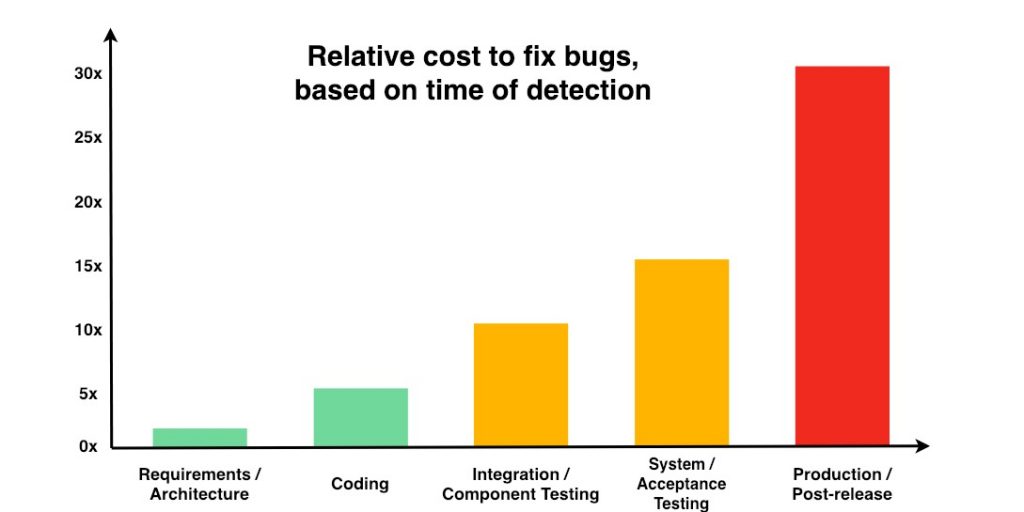 Hence, by setting the category of an error, you can save your valuable time and increase work efficiency. So, the proven methodology for this is, classification of defects into two categories:

By keeping your goals organized you can get closer to the successful implementation of the project. To make it easy, let’s first have some understanding of the Bug severity and priority.

What are Bug Severity and Bug priority?

Understanding the main difference between the bug Severity and priority is crucial as many software QA testers & developers use these interchangeably that could affect the whole testing process.

The development team has a lot to do when it comes to designing a new application. In this scenario, if they are represented with bugs without classification, they could end up in delayed bug fixing. 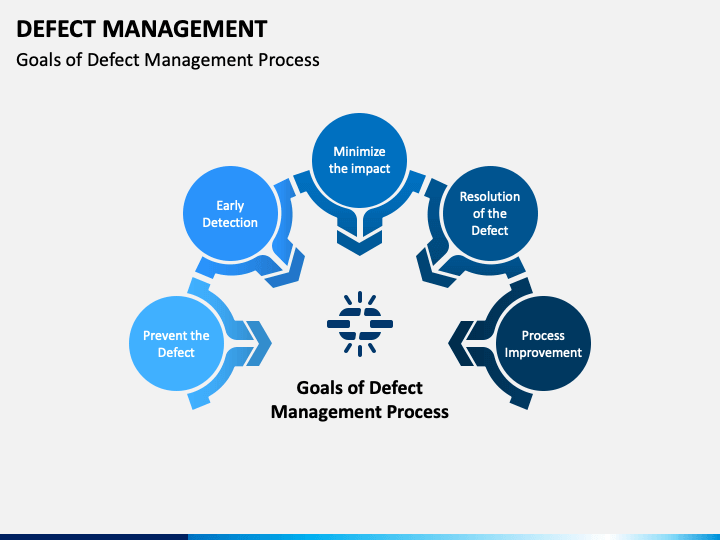 Defect classification helps the quality assurance and development team in streamlining their tasks as per the urgency. It also increases the work efficiency and quick resolution of the problems.

How does it Work?

Bug severity & priority is further categorized into four levels. The testing team identifies how frequently and how much impact does a bug has on the overall functionality of the software and categorizes them accordingly to aid the development team. 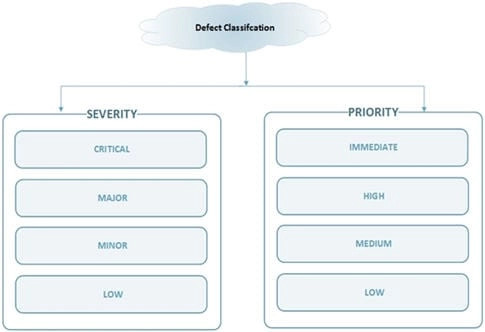 Let’s talk about these levels in detail below:

The error that causes complete termination of a system or disrupts the functioning of one or more components falls under the critical state of severity. It left the user with no other alternative to reach the desired results. This type of bug case needs immediate attention to prevent the extensive corruption of data.

For example, you have put in your login credentials in an email service provider, Yahoo and instead of logging you in, it crashes with a pop-up of an error message. What are you left with, an error page leaving the whole application in the unusable stage? this falls under critical severity and high priority task.

Any error will be classified as Major when the functioning of a system completely shuts down as a result and, there are alternative methods to reach the desired results. You can delay the fixing of this error for the critical severity task.

Let’s take another example of an email to understand the major level of severity. As you know, we can add multiple users in the CC section in a Yahoo email. But when you see a bug while adding more than one recipient, it is a major defect as it does not work as expected.

Errors that don’t have a major impact on the application but behave differently than expected, can be classified under moderate severity. The impact of this bug type can be negligible and this can be treated as a low priority task. It results in a minimal loss of functionality. 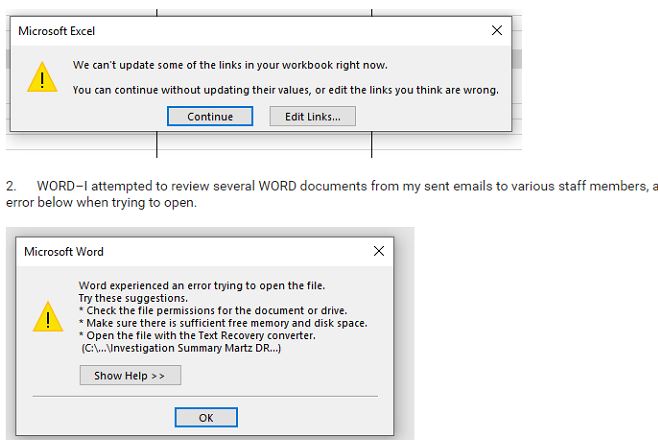 Example: Let’s say you are accessing a few links in an application. One among the multiple links is not opening but you can have access to other functions, in this case, the severity of a bug is minor as it is not making a system unusable.

The defect links to the aesthetic aspects of the system where the changes in spellings, font case, or alignment are required then the severity are stated as Low or cosmetic. It does not have much impact on the functionality but is still valid to get treated.

You would have noticed typo errors in contact details of a company or in Yahoo mail, for say, the spelling of the heading is wrong this kind of errors classified as low severity category.

After discussing the level of severity, now it’s time to put some light on the levels of priority. As you know, a priority of the bug is set by the tester or the project manager. They classify it to make the task of the developer is easy. The list is as follows: 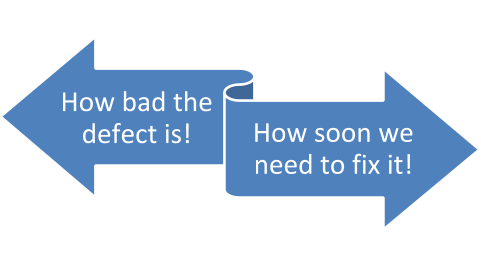 It typically occurs in a case where a bug is hindering the overall performance of a system. It comes with the instructions of resolving as soon as possible because it is affecting the overall functionality.

Sometimes, when the system fails to generate results as per the expectations, developers need to write the code again. In such a case, the bug is reported as a high priority. Once the critical bugs are resolved, the bugs with high priority are next to be treated.

All the defects related to major severity come under this category.

Medium priority bugs are often resolved in the normal course of development activities. There are no time restrictions in resolving these issues it can be resolved after all the critical, major bugs are fixed. Minor severity defects fall under this category.

Defects falling under this category does not require immediate attention. All those errors we have discussed in cosmetic severity could be categorized here. Low priority bugs also suggest some changes in the existing design and sometimes request to modify features to enhance user experience.

The main purpose of classifying the defects is to avoid confusion with the development team. So, make sure to understand the concept carefully and assign the severity according to the type of issue as it will affect the priority of task accomplishment. If you too are looking for the best team of software testing engineers in India, you can contact us anytime, our project coordinator replies within 2-4 hours.