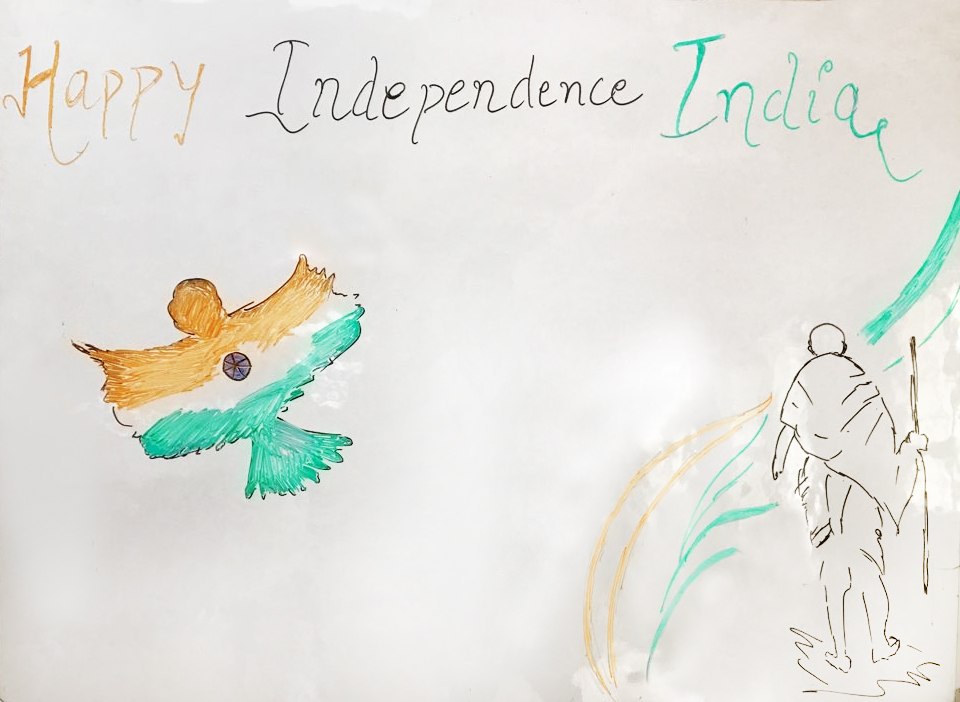 “At the stroke of the midnight hour, when the whole world sleeps, India will awake to life and freedom.” With these lines from Pandit Jawaharlal Nehru, India rose to freedom on 15th August 1947.

This year our country is celebrating the 71st anniversary of that momentous event, “India’s 71st Independence Day”. Each year, Independence Day celebrations at DigiMantra evoke the feelings of pride and love for the country, and our people are awash with patriotism in their hearts. This year too was no exception. Everyone among us was keyed up and motivated to make this occasion extra special and unforgettable. The action-packed event began with themed decorations which were quite eloquent and channelized the fervor of Independence Day. We all came well dressed to the office and helped each other in decorating the entire space with tri-color balloons and flags. This was followed by Stall competition, socially driven skit, exciting games, group dance and National Anthem. This event would not have been successful without the efforts of our team members, who stayed back for days before the event, made plans and rehearsed for the skit and dance.

Here’s how we celebrated Independence Day at the office:

The action packed event began with the Stall Competition where foods and drinks were served. Specialties such as Gol Gappe, nutri kulcha, pasta, and mocktails are perfect for creating a carnival vibe at any event. This is why the event was started with stall competition. We had three teams which served scrumptious dishes; I must admit the food standards were extremely high:

Gurleen Kaur and Jasmeen Kaur made maximum profits hence, were announced as the winners. Ramandeep Kaur and Neha Sharma were the first runners up while Navjot Kaur and Pritika Chaudhary were the second runners up.

It was followed by Games competition, which was nicely managed by me(HR Head), Ms. Roop Kanwar(EO) and Ms. Taran(EO Assistant).

They explained rules of different fun activities. Games we played were Write down the maximum number of Indian festivals in one minute, Tie maximum Tri-colour ribbons on the wrist of your team mate and Guess the slogans. It was super fun!

Humour, criticism, and invitation to self-reflection all in one are what we wanted to reflect, so we organized skit that was a satire on our social and political systems. The skit was divided into three parts. The first part was on fake Babas, the play hit everyone’s laughing glands and at the same time gave everyone a social message too. The second part of the play was a political satire; it discussed corruption and how it pollutes the society. And the third part talked about gender biases and what impact it has on overall social development. Manpreet Kaur, Gurleen, Jasmeen, Kanak, Kiran, Taran, Neha, Gurcharan, Puneet, Sameer, and Joel deserve a big round of applause for going the extra mile for bringing this eye opener in front of us.

We then celebrated the spirit of India and India’s Independence Day with the song “Rang de Basanti.” The song was beautifully choreographed that it touched the hearts of all attendees. Thanks to Lovepreet Singh, Sameer Pujani, Gurcharan Singh, Manpreet Kaur, Kiran Gupta and Kanak Priya for this stunning performance. 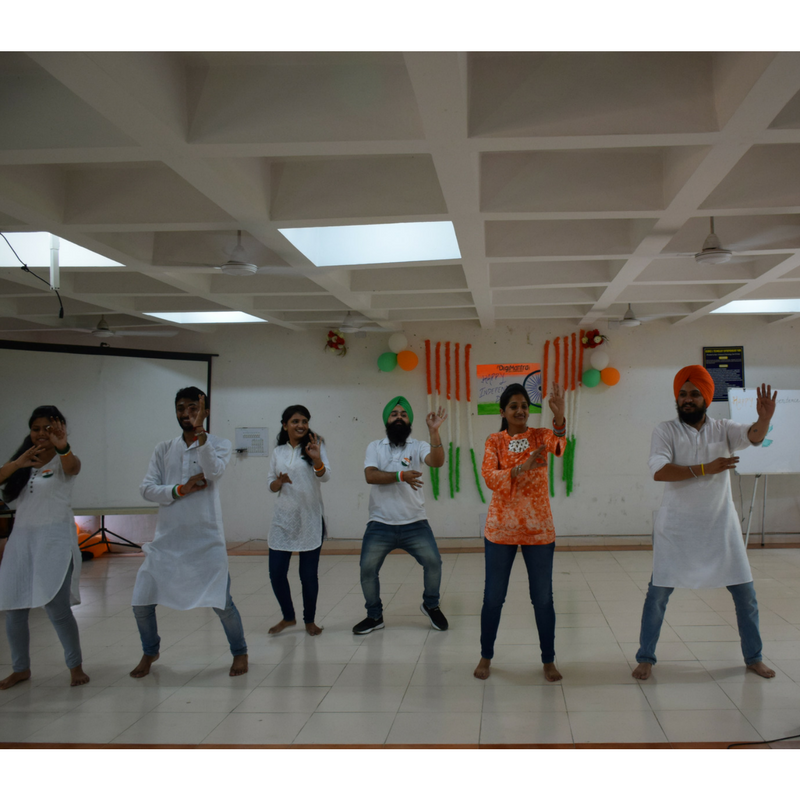 The highlight of the day was when we all stood up to sing the national anthem. The whole aura at that point was magnificent. I had a great time and would like to thank everyone in the team for making this event memorable. The celebrations were fun, and everybody enjoyed a lot. 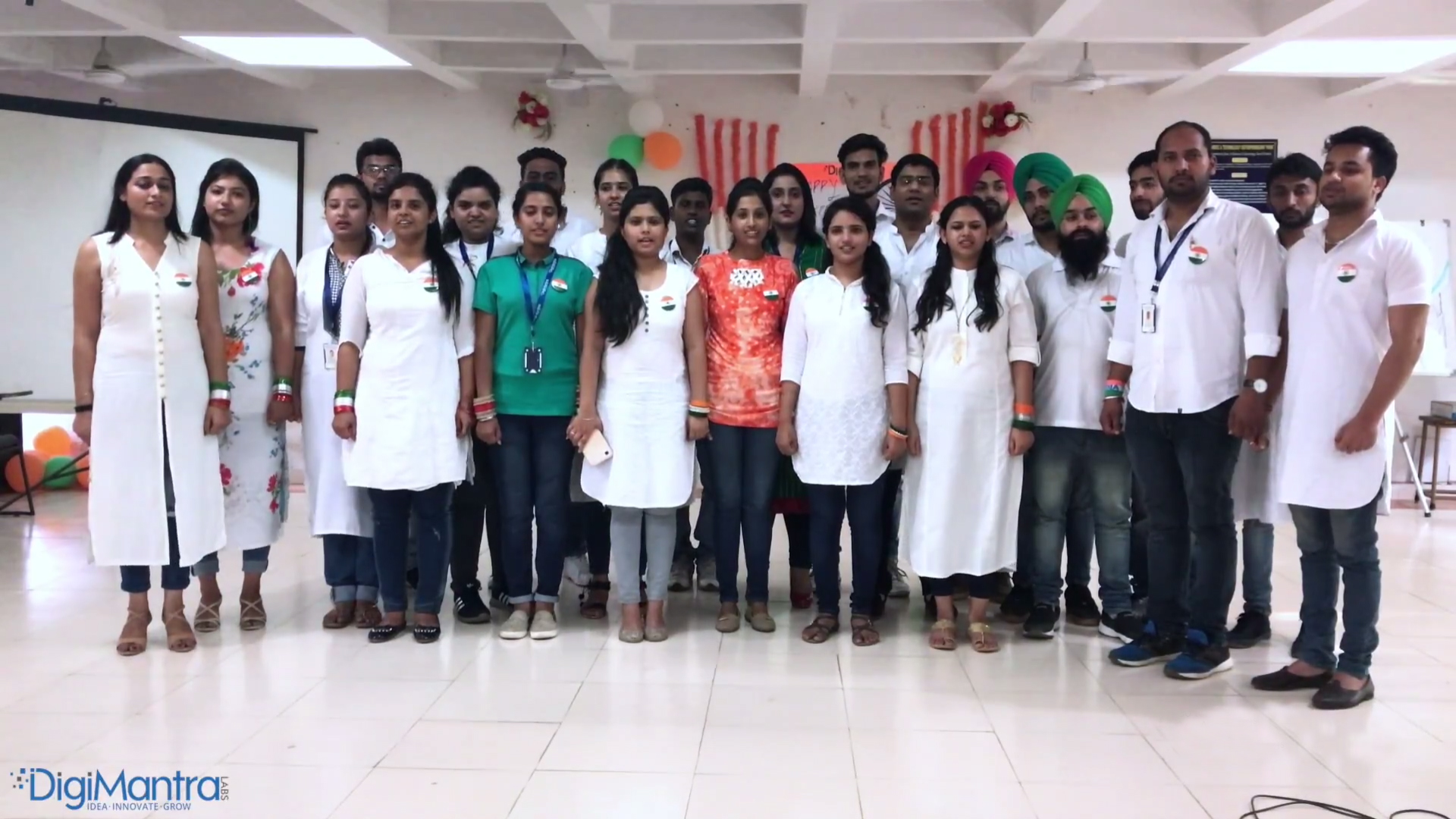