The most famous Mobile App Development Framework in 2019

The rate at which the digital growth is taking place is absolutely unprecedented. No one has even imagined the kind of development we are witnessing today in the digital space. The whole scenario of doing business, client servicing, customer convenience, making payments has changed completely and each wants to leverage that growth. The world is going mobile and so is every other individual. In that scenario, there is even more incredible development brought by smartphones and mobile apps in the operational frame which is likely to witness even more technological innovations over the years.

There are two mobile software development approaches on which developers can work:

Native mobile app development is specifically designed for a particular operating system and works on those particular platforms and device only. For this, developers rely on platform-specific tools and programming languages. For example, specific iOS apps, Android apps and Windows apps.

On the other hand, we have a Hybrid mobile app development approach which combines both the native and independent code and allows creating cross-platform mobile apps.So, instead of developing multiple apps for different platforms, Hybrid lets you develop an app with cross-platform compatibility. This, of course, is much less time-consuming and is absolutely efficient, cost-effective and feasible approach out of the two.

Now, that you are convinced with the idea of Hybrid Mobile app development it is time we introduce you to the ways through which you can go by it.Wondering how would you develop an application with practically no knowledge of coding and programming languages?

Well, for that we have different frameworks available in the market. They are employed with different tools and software builders that help you create a great mobile application with cross-platform compatibility.

So, let us discuss some of the best Hybrid App Frameworks in 2019: 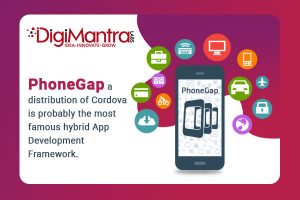 PhoneGap has tools which offer absolute ease of use and allows writing apps in HTML5, CSS3 and JavaScript. Not only this, but it also allows developers to compile and deploy apps across multiple platforms.

It provides native plugins and containers, which allow developers to connect apps to native APIs like a phone’s accelerometer, GPS, camera, microphone, file system and notifications to create more features. 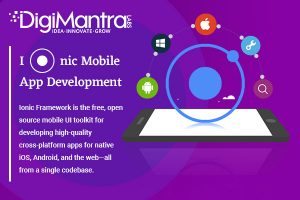 The ionic Mobile app developer has gained huge popularity over the last few years and the reason for this acclamation is its extensive range of features. The most popular of those being:
• Capable of building native looking apps
• Based on AngularJS and Apache Cordova app developing techniques
• a large community of developers to aid and guide you

Now, let us discuss these features in detail.

Ionic is free and open-source, mobile app development framework that uses tools based on technologies like CSS, SASS, and HTML5 and for building mobile apps with cross-platform compatibility.

The Ionic mobile app development framework is one of the most preferred platforms because of its extensive range of features which includes; built-in support for material design, native-styled mobile UI elements, customizable tools to enhance Mobile app user-friendliness framework and layouts frequent updates and use of AngularJS and Cordova JavaScript APIs. It also lets you test and deploys an app on any major Operating System.

Apart from that one of the most unique and amazing features of the using Ionic framework is that you will get aid and guidance from the developers’ community it has. Yes, Ionic has a large worldwide community of developers that are always there to help the newcomers with relevant experience and knowledge. 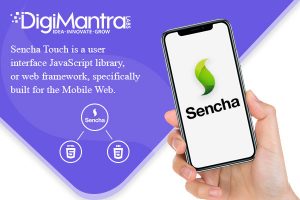 Flutter is an open source SDK developed by Google which lets the users create high-performance and superior-quality mobile apps for iOS and Android. The Framework is one of the easiest ones to use because it allows create user interfaces that integrates smoothly in your app, with minimum code required.

Along with that the other unique feature of the Flutter framework is it uses 2D rendering engine known as Skia to create visuals. These visuals are made to look like Material Design and Cupertino style widgets and behaviors which makes your app look even more beautiful.

The apps created by Flutter have an absolutely natural look and appeal and they offer easy platform-specific scrolling, navigational patterns, fonts, functional-reactive framework and fast reloads on devices.

It uses the programming language, Dart which will be even easier to use if you are familiar with Java, JavaScript, C#, or Swift. 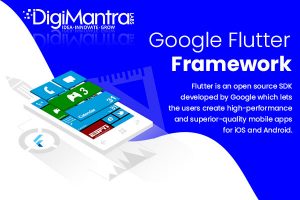 While going for Hybrid app development approach, we have just one goal in our mind i.e. to give the app a Native feel and appeal. If you are getting that right then Hybrid completely serves the purpose. If that is what you are looking for then Sencha Touch is the framework you should go for. It allows the creation of high quality and performance apps with an outright native feel and experience and this is achieved through the HTML5-based front-end technology and lots of built-in tools.

The framework employs modern web technology tools including ES6, HTML5, JavaScript and CSS and provides results which are fascinating and amazing. The developers can build data-intensive cross-platform web and mobile applications with amazing responsive user interface (UI) and smooth functioning.

The MVC-style structure of the framework lets you achieve much more than that. It gives your app a classic look and appeals irrespective of the device and platform. Along with that, it offers the developers the ease of doing optimization, deployment, design, theming and debugging all at the same time on this one platform. 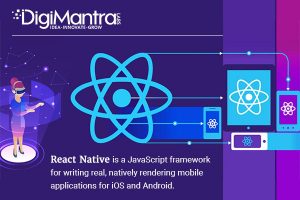 Launched by the most famous social media application, Facebook React Native has become one of the most popular cross-platform frameworks in 2019. Since, its inception in 2013, it has reached great heights and has created a huge customer base all across the globe.

The framework is basically an open-source framework focused to design natively rendered UIs for iOS and Android. The application offers ease of use and anybody who merely knows JavaScript is good to go. The app offers hassle-free, streamlined and more convenient tools for app development. It provides the developers with support to the IDEs and the other mobile app development tools which lets them play around the functionality of native apps.

The developers can also integrate a React Native-designed UI into an existing mobile app’s code, making it more like a library than a framework. Along with that, the users are offered with an extensive range of features which includes styling, debugging and deploying your app into the App Store or Google Play.

Also, there is a vast community of developers in the app from all across the globe who can help you with your efforts. The framework though is not specifically designed for newcomers but with the support of the community members, you may feel free to dive in and explore. 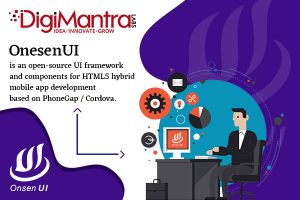 OnesenUI a relatively new Framework, which in no way lacks any sort of features these old frameworks have to offer. In fact, it is giving a really tough competition to some well-established names like Ionic and JQuery.

It is a great open-source framework which offers a large collection of ready to use components like that from AngularJS, jQuery, Cordova and Ionic. So, it in all sense makes up for a framework that has amazing features of all three under one platform. So, the end results are much fewer efforts, more work and less talking, and a native looking app with great feel and appeal. It is free, easy-to-use, and flexible and has semantic markup components for developers to get the benefits. 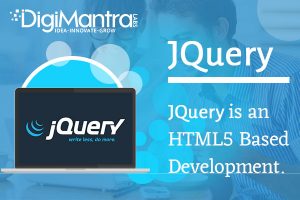 jQuery is an HTML5 based development framework which focuses on creating mobile applications as well as websites with Unique User interface for both the platforms. Yes, the frameworks stand true to its approach of “write less, do more” and hence offers great convenience of working to the developers.

It tries to give the developed application as much native appeal as possible and that is done through a variety of features. For that, it uses an HTML5-based UI and customizable themes to let developers create one version of an app that’s responsive and works across all devices but at the same time, they can go for designs and features with unique User Interface. It offers cross-platform compatibility and works on all types of operating systems including Windows, Mac OS, Blackberry, Firefox, and Kindle etc. 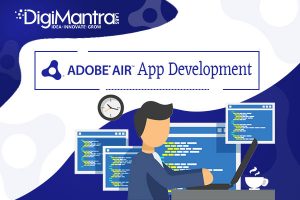 Adobe mobile app development framework is also quite famous amazing users for the various features it offers. Beginning from the ease of usage and the convenience of the platform it offers a complete range of extensive features. It is based on technology like Adobe-specific technology, like Flash, Flex, and ActionScript and lets developers work using front-end languages like HTML and JavaScript. 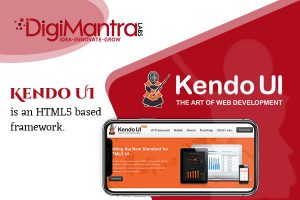 Kendo UI is an HTML5 based framework that lets users create mobile applications for both hybrid and native platforms. It comes with this unique functionality that lets developers use client-side technology like HTML and JavaScript, or they can build an app with server-side technology like Java, PHP, and ASP.NET. It also supports AngularJS integration and Bootstrap UI, for developing mobile-friendly, responsive apps with great design and feel.

The choice of Framework is the most important thing that we should decide before we start working on the development of mobile or web application. To make the final decision about the kind of Framework that will be used it is very important that we first list down our requirements for the project because then only we would be able to make the right decision. After that, we should carefully ascertain various other factors like the budget, the skills of developers and the final outcome that we are expecting to make the right choice.